Regarded by many as the two best three year-old fillies in the land, In Secret and Amelia’s Jewel have several things in common having both been foaled at Segenhoe in the Hunter Valley and both blessed with G1 ability, but there is another thing and it’ s the Busselton boys! 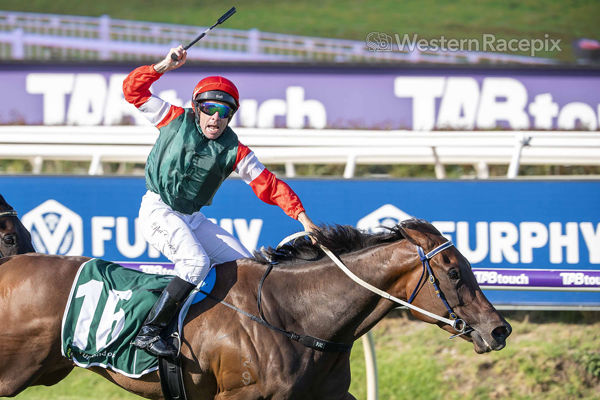 Winner of last Saturday’s Group I WATC Northerly Stakes , Amelia’s Jewel was bred and retained to race by WA owner breeder Peter Walsh, while Group I VRC Coolmore Stud Stakes winner In Secret was co-bred by Michael Christian and offered for sale at Magic Millions where Godolphin bought the stunning filly for $900,000. 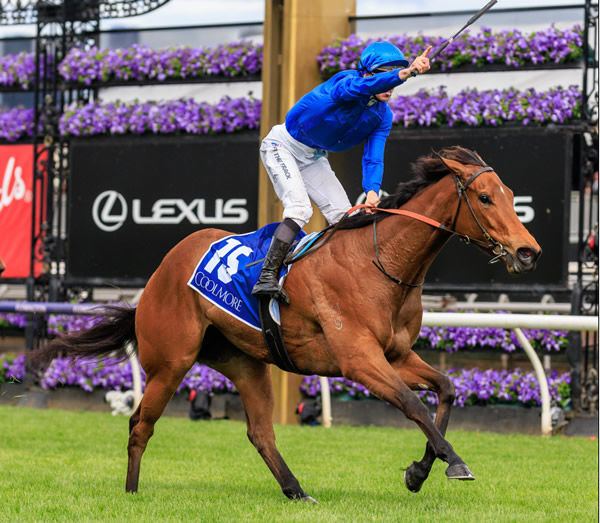 
A little investigation reveals it’s a small world indeed as Peter Walsh and Michael Christian have known each other for years and in 2022 have achieved the goal of Group I success as horse breeders and owners.
Asked about the tweet by Peter O’Brien picturing Amelia’s Jewel and In Secret as foals Christian said, “it’s amazing to think that both these stars were bred by a couple of boys born and raised in little old Busselton.”
Peter and Michael were both born and raised in Busselton, a three hour drive south of Perth, and played for Busselton in the strongest country football league in the state.
Michael as a 16yo finishing runner up in the league goal kicking in 1980 and Peter captaining the Busselton Club as a very young man. They both spent time playing at East Perth in the Western Australian Football League before Peter left to play for North Adelaide and played in their premiership team in 1978.
Michael went on to play for Collingwood in the AFL and was a member of their 1990 premiership team before forging a successful career in the media, while Peter developed one of Australia’s biggest meat processing services and established Amelia Park as a respected brand for premium meat and award winning wines.
There is also a family connection as Michael’s brother Greg married Peter’s cousin Linda.
Both men have a passion for thoroughbreds, with Peter Walsh creating Amelia Park Racing in Western Australia as an elite spelling, pre-training and breeding farm, while Michael Christian, his wife Siobhan and brother Brad have developed Longwood Thoroughbred Farm in Victoria as a high-class boutique breeding operation.
Until this year, neither had bred a Group I winner, but that long held dream is now a reality.
Peter had come close to winning a Group I, but Amelia’s Jewel is his first following a string of G1 place-getters and for Michael Christian there has been not one but two Group I winners.
“We have part owned G1 winners, but as a breeder we had amassed 11 G1 placings until Bella Nipotina won the G1 Manikato Stakes on Cox Plate Day this year, then a week later In Secret won the G1 Coolmore Stakes,” Christian said.
Peter Walsh will be looking for sale ring success at the Gold Coast in January with the yearling half-brother by Blue Point (IRE) to Amelia’s Jewel from Bumbasina (IRE). He is catalogued in the Segenhoe draft as Lot 690, while Michael Christian also has sale ring plans for the Snitzel half-sister to In Secret from Eloping.
“Eloping was a mare Siobhan and I bred and raced with great success and now we breed from her in partnership with Segenhoe,” Christian explained.
“We sold a Trapeze Artist filly from Eloping at Inglis Premier this year for $200,000 in the Longwood draft and we‘ll prepare the Snitzel filly down here and go back to the same sale next year.” 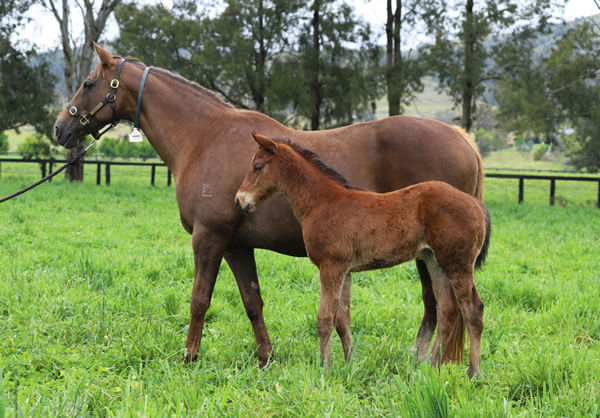 Bumbasina missed in 2020 and  then went back to France for another mating with Amelia’s Jewel’s sire Siyouni, while Eloping produced a gorgeous filly by In Secret’s sire I am Invincible this spring and is back in foal to him again.